When China became the largest Buyer of Robots !

When China became the largest Buyer of Robots !


China, once the work " workshop of the world " manual, became the largest buyer of industrial robots, as rising labor costs and increased competition from emerging economies have forced manufacturers to turn to technology. The country bought one to five robots sold worldwide in 2013 , surpassing tech-savvy Japan for the first time in its attempt to drive productivity gains.

China bought 36,560 industrial robots last year , an increase of nearly 60 per cent in 2012 , according to new figures from the International Federation of Robotics , an industry group based in Germany. Japan bought 26,015 robots in 2013 , the United States third with 23.679 .
"China has the market 's fastest growing robot . Within a few years , China will be much larger than the second and third largest robot market ," said Per Vegard Nerseth , head of the robotics ABB.

Robot sales to China have increased by 36 percent on average each year from 2008 to 2013 , according to IFR data. The growth potential is still enormous : in 2012 , China had only 23 robots per 10,000 persons employed in the manufacturing sector , compared to 396 in South Korea.
Increased demand for robots in China is primarily driven by large multinationals, particularly in the automotive sector . The automobile industry in China , the largest , represents the world for about 60 percent of the demand for robot in the country , according to a study by consulting Solidiance management . 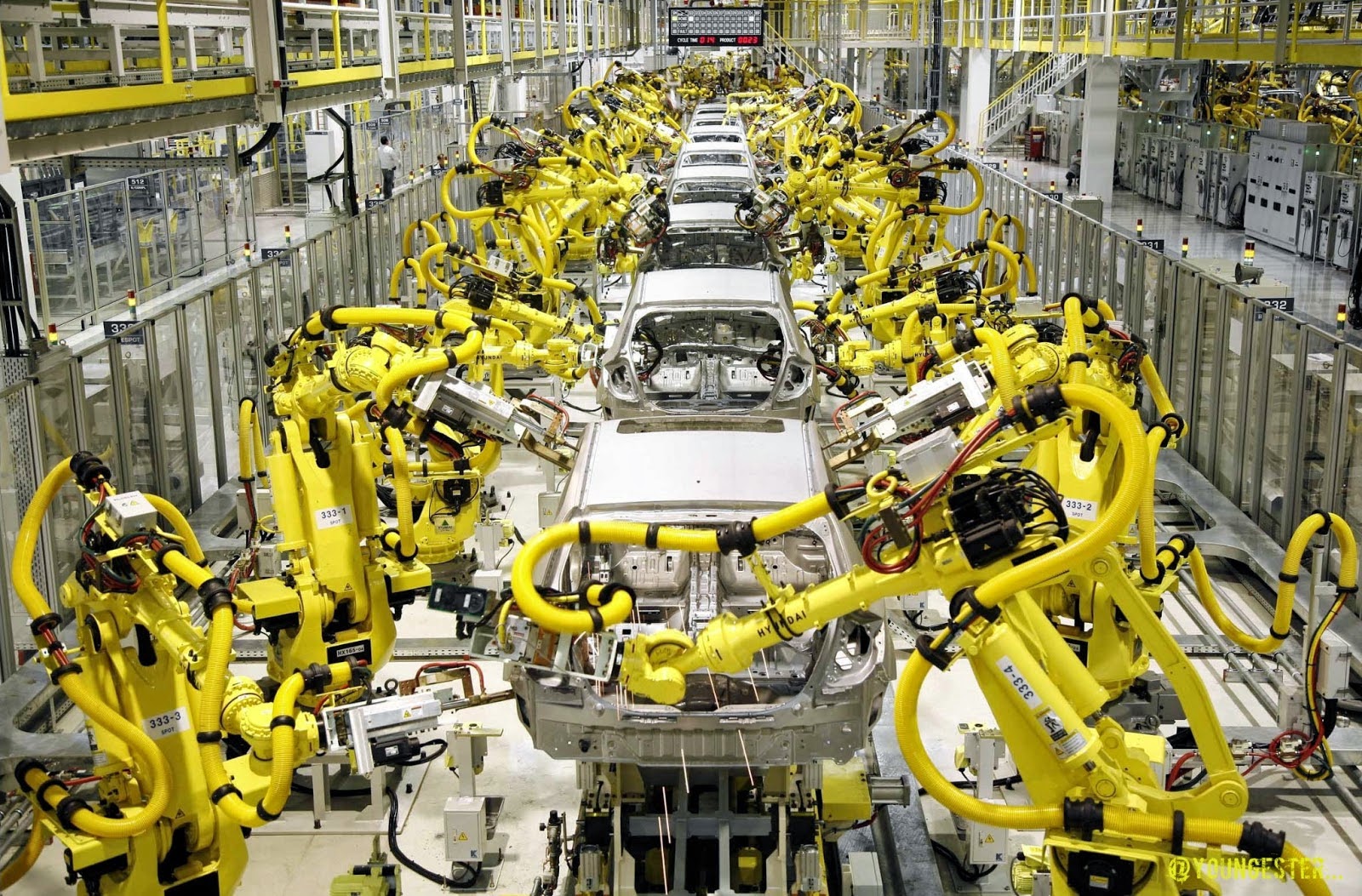 "Many Chinese companies would still rather watch someone break your back trying to lift a heavy box of paying for expensive table " lifting said Pilar Dieter , who heads the Asia-Pacific practice Solidiance . But progress sensors , hydraulics , mobility and artificial intelligence help make robots more flexible , precise and independent , allowing them to be used in a wide range of manufacturing applications .
Arturo Baroncelli , IFR President , said the ability of robots to penetrate new segments of production, other than automotive and semiconductors, by technological developments will ultimately drive growth in China.
Companies world robots, such as Switzerland ABB, Fanuc of Japan and Germany Kuka were casting resource in the Chinese market to capitalize on the rapid automation of the country. In 2011 , Foxconn , assembler based in Shenzhen Apple has promised to build a " robot army million " over three years to replace workers who perform repetitive manual tasks.

"The manufacture of the robot is currently dominated by the Japanese ," said Ms. Dieter , who believes that the six Japanese companies account for about half of all sales of robots in China. However , the first four leaders of China Hardware robotics have a combined market share of only about 5 percent.
While China is the most dynamic market for robots , Japan has always , by far , the largest number of industrial robots in operation, with more than 310 000 in 2012, compared to 96,000 in China and 168,000 U.S.