Interview of a Digital Marketing Agency in China (French)

I had the pleasure of interviewing Olivier Verot last week. Olivier Verot is the founder of Gentlemen Marketing Agency based in Shanghai, specialized in Digital marketing, SEO, Social Media, Buzz in China. We discuss marketing strategy on Chinese social networks for foreign brands.

Analysts have warned us for some time that China's smartphone market is down, and today we have the most convincing evidence that the dynamics of the buyer move in the country.

A new IDC report says smartphone shipments in the last quarter fell for the first time in nine years. The research firm tracking 98.8 million smartphones shipped in Q1 2015 - which is down 4 percent year on year and by 8 percent on the previous quarter. IDC suggested that the excess inventory from the previous quarter was partly to blame. (This is something we heard in India earlier this year.) "China is often seen as an emerging market, but the reality is that the vast majority of phones sold in China are now smartphones, similar to other mature markets like the United States, United Kingdom, Australia and Japan, "said Kitty Fok IDC in a statement. As a result, smartphone makers will have a more difficult challenge of finding new growth, as they will need to convince the owners of existing smartphones to spend money to upgrade their existing phone.


This is much more difficult than converting a buyer for the first time. Nevertheless, the Chinese smartphone market is enormous. The largest in the world. Not surprisingly, given its latest blockbuster quarter in China, Apple took the top spot in the country, according to IDC. The Apple company has set forward with 14.7 percent of the total shipments in China, just ahead Xiaomi (13.7 percent) and Huawei (11.4 percent). Samsung (9.7 percent) and Lenovo / Motorola (8.3 percent) completed the top five. However, IDC warned that "the volatility of the brand consumer preference", rankings will be subject to rapid change and evolution

China, the world’s largest smartphone market, saw shipment volumes fall 4.3 per cent in Q1 to 98.8 million units, the first time in six years that the market has declined year-on-year.

To success in China respect the Chinese Standards

4. Respect Chinese standards
Websites are not done the same way in western countries and in China. It means a western website can’t be directly translated into Chinese. You have to adapt your Chinese website. This is the case for cultural reason but also for ranking reasons. For example you have to have the maximum information on a single page, precise information, with usually the text written in small size, enabling you to put more information on the page.
from : http://www.qpsoftware.fr/en_US/blog/54/10-tips-to-do-an-e-business-website-in-China.php

Chinese people don’t use Paypal, but they use Tenpay or Alipay. Alipay支付宝is the payment platform created by Alibaba, a big web company, and existed since 2004. Taobao, the biggest e-business C2C platform of China uses Alipay as well. Tenpay is also a payment platform, created by Tencent, the biggest Chinese web company. It allows you to make B2B, B2C and C2C payments. You can recharge you Tenpay account also offline, the company sending itself an employee to collect the money.

You have to know that Chinese people are used to bargain for everything in their everyday life. It means that the consumers should also have the feeling to have good deals on the web. For this reason, when you have an e-business website, you need then to do often good promotions and good deals. For example Taobao took profit these last years of the “single say”, a commercial festival happening on 11th of November (11/11), making a lot of special offers. Finally the operation was very successful, Taobao earning something like 19 billion Yuan this day.

Today Dongfeng Auto announced that it's chairman Mr.Ping Xu will leave for FAW's chairman vacancy. Dongfeng's chairman position is now taken over by Zhu Yanfeng, former deputy secretary of the CPC (Communist Party of China) Jilin Provincial Committee. FAW and Dongfeng are among the Big-Four state giant auto manufacturers in China, the others are SAIC and Changan. source 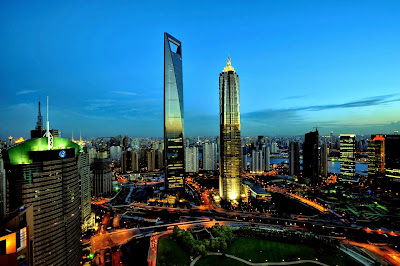 On April 28th, Zotye Auto signed an agreement with Xiangyang municipal goverment to construct a new plant in Xiangyang. This new plant will have a capacity of 200,000 new-energy vehicles/year, totally investment will be 3.3 billion RMB(that's 532 million USD). The first phase project will start constructing since July 2015. Zotye is the first prviate company who received a license for manufacturing new energy vehicles.see also that iworkinchina.wordpress.com/2015/05/06/google-vs-china-vs-seo/

3. Number of registered vehicles by 2014, sorted by provinces.

Rent a foreigner in China !


Quite popular specially in Real estate