Textile workers paid Higher in China than in Eastern Europe

Textile workers paid Higher in China than in Eastern Europe


A survey conducted by the Clean Clothes Campaign in ten eastern states members of the EU, including Romania, Bulgaria and Croatia showed that working conditions are sometimes worse than in China and Indonesia, explode the myths about the "Made in Europe" label. 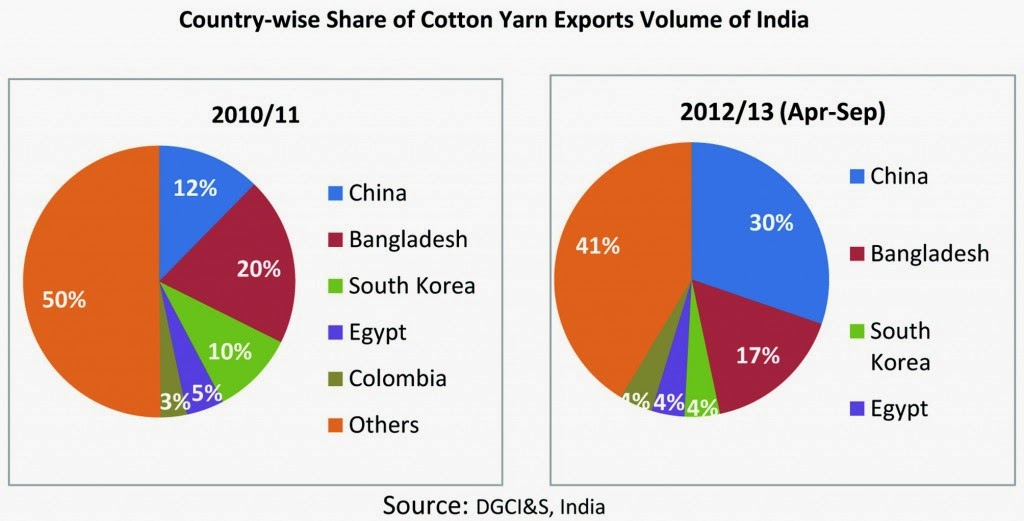 Companies such as H & M, Zara, Hugo Boss, Adidas and Benetton pay their workers in Eastern Europe and Turkey, the legal minimum wage, which is under the poverty line as defined by the European Committee of Social Rights .
Moldova and Ukraine have the lowest net minimum wage to € 71 and € 80 per month respectively. Croatia has the 'highest' of the study area with € 308 per month, which is still "well below a living wage," the study showed.
In China, the minimum wage is 175 € and 196 € in Malaysia.
"By profession I am an economist. But due to lack of employment opportunities that I sew. Here, people work like robots. No rest. Nerves are ruined, the eyes are spoiled, "said one anonymous Bulgarian worker on the website of the campaign. Interviewed workers also complained of not being able to take days off, or even get sick. Romanian workers admitted that, despite the lowest minimum wage is so low, they were not yet able to earn that amount, and were forced to work overtime, the researchers write.
These workers are often forced to work up to 200 hours per month, the survey found. A Bulgarian worker even said to have worked "up to 400 hours per month." "In practice, the minimum wage is often the ceiling instead of the bottom line for wages," according to the Clean Clothes Campaign.
Three million garment workers
The Clean Clothes Campaign, composed of trade unions and NGOs in 16 European countries, found that formal and informal, three million workers are affected by these working conditions drama. Given the average of three people per family in the area, meaning that nine million people depend on the garment industry and footwear.
"Wages of poverty in this sector therefore have a direct impact on the livelihoods of those 9 million people and limit their chances of overcoming poverty and homelessness to poverty", highlights the report.
Disclaimer of pregnancy Hugo Boss
For women, the working conditions become worse, the study showed. In addition to often being sexually harassed by their employers, a group of Turkish workers admitted "signed a pledge not to fall pregnant in the next five years" in their contract with Hugo Boss. "One of the workers surveyed said one of his colleagues decided to have an abortion because she feared losing her job because of" breach "of the contract," the study said. In many countries, women are the sole breadwinners, having to take care of their parents and their children at the same time. Many are also single mothers, and having a contract - a contract - this is their only chance to get paid health insurance, as is the case in Macedonia.
"Testimonies of women show the compression triple, triple burden they feel: who is responsible for the family by doing paid work, care work, and growing vegetables to subsidize their low wages," the Clean Clothes Campaign writing.
The strong dependence of women on their use is an additional opportunity for these employers to put pressure on women workers to accept worse working conditions, they conclude.
A survey of four production sites Hugo Boss Croatia and Turkey also showed that workers were denied the right to collective bargaining, workers were intimidated, and women have been victims of sexual harassment. In an email response to EurActiv, the company said it "rejects the allegation and referred evidence has never been shown to us. Hugo Boss works with selected manufacturers with which the company has established relationships confidence for many years. for this reason, companies are well known to us. accordance with our social and safety standards will be monitored regularly by independent external audits as well as our own team Hugo Boss "consultants. In most of these countries, laws have been put in place to make it more difficult for unions to be accepted as they propagate anti-union sentiments and employers have had an anti-union pressure "always justified by the difficult situation sector and international competition. "
"The unions expressed ruin businesses [...] and the government interferes pro management," the researchers found.

Hugo Boss Germany rejected the study's accusations in an emailed response to EurActiv:


“We clearly reject the allegation mentioned and a proof has never been shown to us. Hugo Boss is working with selected manufacturers, with whom the company has established trustful relationships for many years. For this reason, the companies are well-known to us. Compliance with our safety and social standards is monitored regularly in independent audits by external consultants as well as by our own Hugo Boss teams.
Our Hugo Boss social standards are based on the conventions of the International Labor Organisation (ILO) and the United Nations' Universal Declaration of Human Rights and they entail numerous measures to ensure minimum wages and regulated working hours, health and safety at the workplace and the prohibition of child labor.
There can be no talk of illegal practices towards our workers and there can also be no talk of paying poverty wages, as we take strict care of our partners complying with at least the legal minimum wage, as is usual for the industry and the entire sector.”

The study also showed widespread "practice of wage theft" in the region, such as theft of leave, cash payments, non-payment of social security contributions, misuse of probation and learning arbitrary deduction for various reasons. There was also pay discrimination and minorities, refugees and migrants.
recommendations
The Clean Clothes Campaign calls on governments and the European institutions "to the minimum wage immediately spend at least 60% of the national average wage and require multinational companies accountable for their actions along the supply chain and to ensure that brands respect the rights and the rights of workers "
source
http://daxueconsulting.com/the-electronic-component-market-in-china/
http://machine-technologie.blogspot.fr/2014/06/la-chine-se-robotise.html
Publié par Unknown à 03:46