2.4 million Chinese tourists in Indonesia in 2017


The government has set a higher question for tourist arrivals from China next year, despite political and immigration issues that may hinder plans. The Ministry of Tourism expects 2.4 million Chinese tourists from Greater China, including Taiwan and Hong Kong, in 2017, which is more than 2.1 million tourists this year. The effort was made following the positive trend of visits this year, where China is the main contributor to foreign tourist arrivals this year. Tourism Minister Arief Yahya ignored political concerns, especially mass protests, many of which had anti-Chinese sentiment, as well as visa-free policy for Chinese tourists who were used by Chinese workers. [...] please look out, if we cancel it, our job will be wasting, "he said Wednesday. Public concerns were recently raised about visa-free policy, especially for Chinese tourists, data from the General Directorate of Immigration revealed that most of the tourists who violated the policy are of Chinese nationality. 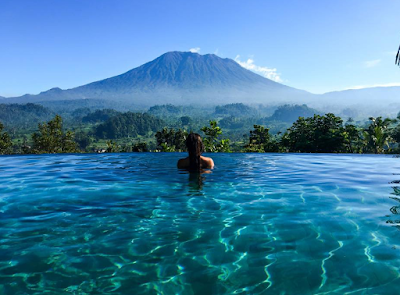 However, the ministry reiterated that it has made its project to attract more Chinese tourists, notably by opening more to secondary cities in China as well as through digital promotion. Regarding air routes, the ministry undertook to reserve at least 20 percent of its incentive son of $ 15 million to airlines to open the roads connecting Indonesian and Chinese cities. The incentive is intended to absorb losses incurred by airlines during the initial operation of the new routes.

Meanwhile, the national flag bearer Garuda Indonesia and Lion Air's largest low-cost carrier of the country have also opened direct flights from Chinese cities to Indonesian cities such as Jakarta and even Manado, North Sulawesi. The ministry estimates that 80 percent of tourists arrive in the country by air.

In October, 9.4 million foreign tourists arrived, according to the Central Statistical Agency (BPS).

The government's effort to attract Chinese tourists presents itself as a valid basis, as China is the world leader in international tourism and issuing tourism since 2012, with more than 100 million outgoing tourists each year. However, Indonesia was not seized as occasionally, as the Thailand Tourism Council provides for 8.9 million Chinese tourists to visit this year, a figure that is expected to increase to 9.8 million 'next year.

The association of Indonesian tourists and travel agencies (ASITA) is also optimistic about the prospect of Chinese tourist arrivals next year, as it has not found any misuse visa among Chinese tourists joining Its tourist packages.
"The feeling [of perceived anti-Chinese] has also not hurt the company," said ASITA President Asnawi Bahar.

The association aims to host 5,000 Chinese tourists in the country of Chinese New Year celebrations in January next year and to have eight road shows in Chinese cities like Guangzhou next year. Road-shows will be business-to-business meetings between Indonesian and Chinese tour operators.
Hariyadi Sukamdani, claiming that so far the hotel business has not suffered from problems.
"We are asking the government and the immigration office to deal proportionately with Chinese affairs. Arrivals will continue to increase next year as long as there are no political difficulties, "he said.
The anglo-Saxon airport company Angkasa Pura II even announced that it had set up a business project unit to stimulate Chinese tourist visits this year for three of its airports do the Kualanamu International Airport and the airport, Silangit Airport in northern Sumatra as well as Supadio Airport in West Kalimantan. Observer of Tourism of the University of Indonesia

Most influential Women of China

Dong Mingzhu, president of China's largest air conditioner manufacturer, Gree Electric Appliances Inc., is at the top of Fortune China's annual list of 25 most influential businesswomen in the country. The influence of Dong Mingzhu was reinforced by its diversified development strategy. She said earlier this year that Gree's business activities range from air conditioners and appliances to smartphones, its core business, to new energy vehicles and intelligent equipment.

chief financial officer of Alibaba Group. Yang Huiyan, vice president of the Guangdong real estate developer, Country Garden Holdings Co Ltd, and Jean Liu Qing, chairman of the car booking company with chauffeur Didi Chuxing, also entered the list. Among the other women on the list are Sun Yafang, President of Huawei, Du Juan, General Manager of GOME Electrical Appliances, Elaine Chang, President of Amazon China and Zhou Qunfei, CEO of Lens Technology. Whatever their time or their particular fields, these businesswomen act as "connectors" and "communicators". According to Fortune China, they succeed in business and at the same time they make the world a better place.