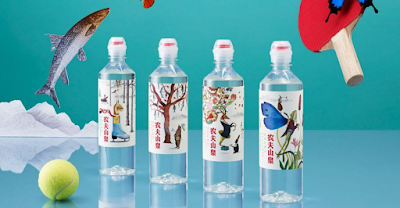 What is Nongfu Spring?

Nongfu Spring (农夫山泉) is a Chinese bottled water and beverage company headquartered in Zhejiang province. It is owned and chaired by founder Zhong Shanshan.

Founded in 1996, Nongfu had the biggest market share in China’s packaged drinking water market from 2012 to 2019, according to its prospectus, citing research by consulting firm Frost & Sullivan. It also makes tea and juice beverages.

Recently, Nongfu Spring made an initial public offering on the Hong Kong Stock Exchange. The company raised approximately US $ 1 billion by valuing its IPO at HKD 21.50 / share, at the top of its IPO range.

There are no fixed best-bottled water brands in China as they change from year to year based on consumer preferences. In China, mineral water represents 91% of the bottled water market, while sparkling water has a share of 7% and flavored waters 2%.

Although there are no fixed brands, the local Nongfu Spring appears to continue to lead China’s bottled water through product innovation and channel optimization.

Nongfu currently has access to China’s top 10 fresh water spots and supplies 29% of the market. 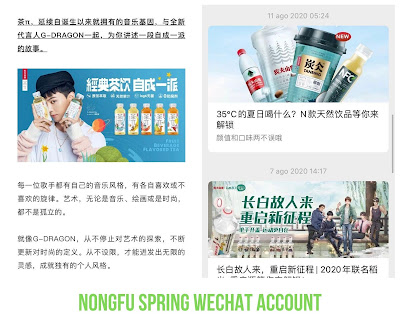 According to The Economist, China has seen average annual consumption of bottled water increase from 41 liters in 2014 to 59 liters in 2019. Revenue in the Bottled Water segment amounts to US$53,337m in 2020. Market insiders indicate that bottled drinking water businesses will continue to grow in China in the future.

The growing awareness of health problems and the prevention of waterborne diseases among Chinese consumers has led to the continued growth of the sale of bottled drinking water in China. As Chinese consumers are more sensitive to food and beverages, bottled water is now a common daily drink for seniors and young people in China.

Chinese bottled water giant Nongfu Spring Co. is looking to raise up to HK $ 8.35 billion ($ 1.1 billion) in what may be the world's second largest initial public offering by a food and beverage company this year.

The Hangzhou-based firm is offering 388.2 million shares of HK $ 19.5 to HK $ 21.5 each in its Hong Kong stock sale, according to a prospectus on the Hong Kong Stock Exchange website.

The offering has attracted five key investors who will purchase a total of $ 320 million for the offering, based on the high end of the range.

At $ 1.1 billion, the first sale of shares in Nongfu Spring is set to become the second largest F&B IPO in the world following the $ 2.8 billion offering from coffee giant JDE Peet's BV in Amsterdam to May, according to data compiled by Bloomberg.

On September, Nongfu Springs went public in Hong Kong and, after a strong IPO, its founder was momentarily China’s richest person.  Zhong Shanshan owns more than 80% of Nongfu Springs and was worth $52B (No. 2 in China, No. 21 in the world).

To know how can brands in the bottled water industry increase sales in China:

B2B in China according to European Chamber of commerce

European Union Chamber of Commerce in China called on China and the EU to finalize their bilateral investment treaty (BIT) by the end of this year. As the Sino-European relationship faces a growing list of obstacles, ranging from differences on, for example, Hong Kong and Xinjiang issues to growing US unilateralism, the two sides need more than ever to confront the parties. challenges facing the global economy.

According to Chinese scholars, both sides - and not just one - must make efforts and compromises to support cooperation, including negotiations on the BIT.

China's foreign trade has stabilized and gradually improved over the first eight months of this year, but it still faces a grim and complex backdrop, a trade official said on Thursday.

Since the beginning of this year, a series of policies and measures aimed at stabilizing foreign trade promulgated by the State Council have been constantly implemented, and China's foreign trade situation is better than expected, has Gao Feng, spokesperson for the Ministry of Commerce, said during a press briefing.

In addition, demand in the international market has partially recovered, as the purchasing managers index of some major global economies improved in August, he continued.

Nevertheless, China still faces a grim and complex context when it comes to foreign trade, Gao said, citing the COVID-19 pandemic, and the emergence of feelings of protectionism and unilateralism.

The ministry will continue to constantly apply foreign trade policies in order to benefit market entities as soon as possible, he said, adding that more measures will be taken to promote exports of basic goods, increase imports and encourage export enterprises to explore the domestic market.

In its annual white paper released last Thursday, the EU Chamber of Commerce extensively highlights the difficulties facing the China-EU relationship and sees the BIT as a necessity to be fulfilled before the end of the year. She said this is why it is imperative that the EU and China reach political agreement on the Comprehensive Investment Agreement by the end of 2020, a Chamber of Commerce policy document says.

Speaker Joerg Wuttke said in a statement on the occasion: “It really feels like it's now or never. "

The white paper focuses largely on the oft-repeated grievances about the problems and difficulties in the Chinese market, even going so far as to venture into the political realm of a "clash of China's charm offensive towards European companies and their "wolf warriors" in Europe ".

Doing business online with the Chinese may appear as a once in a lifetime opportunity. In ordinary cases, online business is smart, savvy, and simple

Even though it mentions a “deterioration” of European public opinion towards China, this document does not however address the problems within the EU itself, in particular the strengthening of restrictions on Chinese acquisitions of European companies and the ambivalent posture of certain European countries vis-à-vis the repression of Chinese technology companies like Huawei by the United States, note the Chinese experts.

“The EU has raised some questions about the Chinese market, but there are also obstacles within the EU that need to be overcome,” says Bai Ming, deputy director of the affiliated International Market Research Institute. at the Chinese Academy of International Trade and Economic Cooperation (CAITEC).

According to him, the difficult situation created by the Covid-19 pandemic and growing global tensions require "political wisdom" on both sides to turn this situation into an opportunity for cooperation rather than conflict.

Despite the Covid-19 pandemic and their differences, Chinese and European policymakers have remained closely linked this year, with a series of high-level meetings where the two sides largely focused on cooperation, including the bilateral agreement to 'investment.

The Chinese Foreign Ministry announced on Wednesday that Chinese President Xi Jinping will organize a virtual summit next Monday with German Chancellor Angela Merkel, European Council President Charles Michel and European Commission President Ursula von der Leyen. The Sino-European BIT and the expansion of economic and trade cooperation will be the main issues discussed at this much-anticipated summit.

In addition, high-level negotiations will be held on cooperation between China and the EU for the acceleration of their respective digital economies and on the latest proposal by China to discuss a set of rules to govern “security”. global data, ”some sources indicate.

"While the Sino-European bilateral relationship faces many complications and some European countries as well as the EU Chamber of Commerce in China focus on the negative points, the overall relationship remains strong and on track. because the two parties need each other and support each other, ”notes Cui Hongjian, director of European studies at the Institute of International Studies of China.

Bytedance, The Game Changer In China

As Donald Trump took steps to boycott the U.S. activities of the hit application TikTok, Chinese parent ByteDance Ltd’s. decisions appeared to be restricted to selling the business for $20 billion to $30 billion or leaving with nothing.

Marketing to China: Top trends in 2020

While Instagram may be a force to be reckoned with for one brand, it’ll fail to help another – and keeping in mind that one business may have huge amounts of commitment on Facebook, another business will gain more foothold on LinkedIn.
http://www.onlinereadershub.com/top-5-social-media-in-china-in-2020/

The Chinese sexual revolution: Sex is something not to be ashamed of

The era of "feeling uncomfortable when it comes to sex" is slowly fading away. A sexual revolution is taking place today, not on the streets, but in digital stores that sell vibrators and lubricants in the most harmless ways.

There are over 900 million sexually active people in China. Over 63% of sex toy sales came from young adults under the age of 35. This new generation is represented by people who no longer want women to "suffer in silence" when it comes to their sexual well-being.

Many brands are trying to educate the market not to feel awkward when it comes to sex toys, but they treat this as a normal concept not to be ashamed of.

For example, Hong Kong-based brand "We Are Fk" set up its online store earlier this year which aims to be as non-threatening and accessible as possible. The store curates a huge range of sexual wellness products on an essential site that barely hints at the nature of its merchandise.

Pleasure, sexuality are concepts far from Chinese culture. Growing up in a conservative culture, kids in the 90s weren't even taught the meaning of sexuality.

This "silence" has perpetuated the Chinese culture which has perceived female pleasure as "shameful" and something that should be "hidden". Years of distorted views and medical research on women, due to a world dominated by men, have stifled true equality and true research on female sexuality.

Since the conservative culture, in China, even though changes have been made, sex toy is still a relatively sensitive industry.  E-commerce and online stores can well protect consumer’s privacy and it is very convenient to use as it is an ideal way for sex toys selling for its convenience and secrecy.

For those reasons, “We Are Fk” runs an e-magazine that explores sex and all its extras, with articles ranging from newbie guides to vibrators to dealing with intimate body dysmorphia. 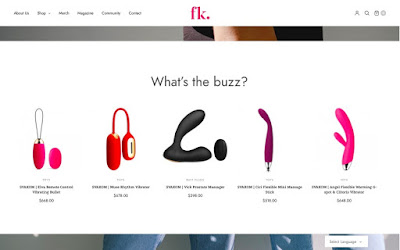 Educating Chinese women about their sexuality

By educating and empowering women about their sexuality, Asian brands want to create a healthier environment for women to understand themselves and their bodies.

Some studies report that the hormone, released during sex and while having an orgasm, “induces a general sense of well-being including calm”, and that its release is associated with secondary biochemical changes that “mediate long-term benefits”, such as reduced blood pressure. Other studies report that oxytocin can lessen anxiety and increase overall psychological stability.

Having a healthy relationship with one’s sexuality is connected to our self-esteem and happiness, when people take control of their sexuality, they learn how to have the lives that they want and deserve. 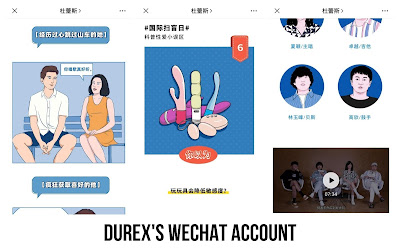 There were around 700 million social media users in China in 2019 and it is expected to grow significantly. Despite Facebook, YouTube, and Twitter being blocked in the country, local social networking sites such as Tencent WeChat and Weibo have been attracting millions of users, making China the world’s biggest social media market.

In China social media as a channel wins more trust over the consumers. Consumers believe more on the message they directly communicate on social media, whether via WeChat, Weibo or Little Red Book posts.

People get a more solid connection to the brand via social media and at the same time brands can reach Chinese consumers and interact with them.

We Are co-founder Fk Greening cites the rise in public activism - such as the #MeToo movement - and social media for rapidly changing attitudes towards female sexuality.

"For years, oppression has stifled female pride and sexual expression," she says. "I think we're tired of it."

To know more about the huge potential of the China’s sex toys market: https://www.marketingtochina.com/the-sex-toys-market-in-china-has-enormous-potential/