What are the Ambition of Apple in China ?

What are the Ambition of Apple in China ?


Apple, which launched Tuesday its official invitation to an event on September 10 in California, during which he is expected to unveil its new iPhone, also called Chinese journalists at a press conference the next day. The event will be held in Beijing on September 11. 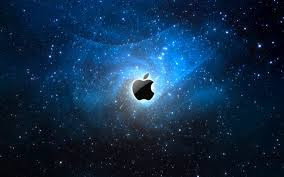 This announcement gives credit to the rumors that mention the launch of two different iPhone models, the 5S which is an improved version of the iPhone 5, available in three colors with a "champagne", and 5C would be a version " low cost "intended primarily for the Chinese market.
The U.S. invitation, on which are colored bubbles, would also tend to confirm this hypothesis, because it's been months since the rumors betting on a 5C iPhone declined for the first time in many bright colors.
Apple could take the opportunity to reveal a trade agreement with China Mobile, the number one operator in China and the world's largest operator by number of customers (740 million), which is the only one not to distribute the iPhone in the country. This would give the U.S. firm a huge new clout in Asia.
Apple would have a market share of about 9% in China, and would be placed between the fifth and seventh position in terms of sales. Its sales there fell 43% in the second quarter, a quarter over quarter and 14% year on year.
China is the world's largest market for smartphones.