how to explain the growth of China's economy

How to explain the growth of China's economy 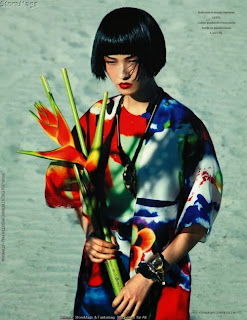 We believe that the November meeting of the plenum of the Communist Party (the third plenum in Xi) is the right time for the government to present its reform program, it supports the restructuring of the economy rather than focusing on the future on maintaining growth. The fundamentals have not really changed. So, what the current recovery is justified? There are three key factors. The first is the change in policy since July. The government has clarified its intentions to stick to its target of 7.5% growth and a minimum 7% floor. This reassured the market. A series of concrete measures to stabilize economic growth has been reported, particularly investments in infrastructure, railways, social housing, environmental protection and social security. This gave the market a more concrete idea of ​​the government's determination to maintain growth. The second factor is the translation [in the economy] the strong credit growth early in the year. It must be remembered that the first quarter growth was extremely strong. Or two quarters are usually required for this credit growth feels on economic activity.
The third point is the profit from the recent recovery in developed markets, the United States, euro area, Japan. Exports pick up in recent months. These are the three engines of the solid performance. What do you Plenum of the Communist Party in November? Some talk of ambitious economic reforms, others doubt ...
The new administration [President] Xi Jinping and [Premier] Li Keqiang is very clear that she will advance economic reforms. It will happen.
Two things are important today. One is that actions are more important than discussions. In November, we will see clearer evidence of this reform program. But in 2014, we expect to see more action than talk. What matters also is the reform strategy. We believe that China will maintain a gradual approach to reform. This means that the change will happen, but maybe not very fast. We will not attend the "big bang" reform in 2014, but it will pay attention to specific sectors where reforms will occur faster.

Financial reform, tax, the land law and the administration to reduce the role of government in economic activity. These are the key areas that we will follow in 2014...
source