in China , rich get richer

In China , rich get richer


The 400 richest people in mainland China are richer than a year ago, in spite of the sharp slowdown in the country occurred since economy, Forbes magazine said on Wednesday. The increase - $ 400 million on average for each of them - illustrates the growing gap between the super-rich of the second world economy, and the millions of people struggling to overcome poverty. 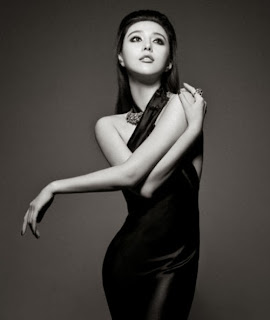 "The rich get richer," said the bureau chief of Forbes Shanghai, Russell Flannery, during a press conference where the magazine unveiled its annual ranking. "The rapid growth of the largest fortunes in the country seems to be totally disconnected from the slowdown in the Chinese economy," he added. According to Forbes, the volume of net assets of the top 100 Chinese fortunes jumped 44% compared to the same period last year, to $ 316 billion, and now counts 168 billionaires - a record. At the same time, the Chinese economy has been slow: it recorded throughout 2012, its worst performance since 1999 (to 7.7%), before slowing down significantly in the first two quarters of 2013. For Forbes, the enrichment observed at the top of the social ladder is due to the robustness of specific sectors, including the Internet, automotive, entertainment and real estate said Patty Sanderson .


Topping the list, the richest man in China with a personal fortune of $ 14.1 billion, is Wang Jianlin, head of conglomerate Wanda - whose activities range from real estate to finance. He became the first owner of movie theaters in the world after the acquisition of the American AMC Entertainment. Thanks to a rebound in real estate prices and investment in AMC's fortune Wang inflated by more than $ 6 billion a year, allowing him to snatch first place in the multi-billionaire Zhang Qinghou, head of the Wahaha beverage group - which Forbes had reported mid-September. The fortune Zhang, relegated to second place, fell in one year $ 10 billion to $ 11.2 billion. Robin Li, founder of Baidu search engine, is in third place, despite a whopping 37% of his personal fortune at $ 11.1 billion. Two other Internet billionaires are in the top 10: My Huateng, owner Tencent - which develops particularly the popular messaging application WeChat - and Jack Ma, iconic boss commerce giant Alibaba online. Li Hejun, chairman of Hanergy green energy group, made a surprise entry in the ranking, appearing immediately in fourth place with a net worth of $ 10.9 billion..