The Chinese bought goods tax free is € 158 million ( $ 222.5 million ) in France, the most luxury destination for Rich people.

This represents an increase of 47 per cent in the previous year, according to Global Refund , a company specializing in tax-free shopping for tourists. 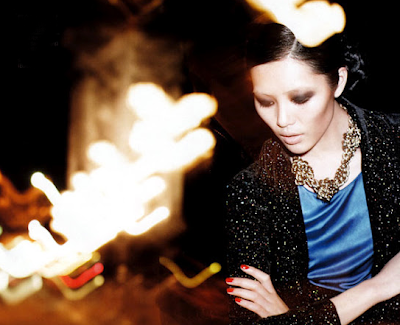 Chinese tourists are special declare han the owner of this blog
They like to spend money for discount luxury things and are very sensitive to the quality of the services...

What about the Russian Tourist ?

The economic crisis caused Russians to curb their spending, which fell 22.7 percent to 111 million euros according to the study , based on figures collected by stores partnering with Global Refund . Chinese tourists spent an average of € 1,071 in tax-free goods last year, while the Russians bombed to € 1,055 each.
"The increase in Chinese is not surprising.

What was unexpected was the decline of business done with the Russians , " Jean- Marc Leroy , CEO of Global Refund .
Tax-free shopping by Chinese tourists has increased over the past two years , from 39 percent in 2007 and 23.3 percent in 2008. They now account for 15 percent of sales and 13 percent of transactions. The Russians were the only tourists to spend less last year.

"( Russians ) who came to spend lavishly in France have seen their incomes fall , even if they are still rich and probably very busy with their businesses ," said Leroy .

What about Japanese tourists?

Spending Japanese tourists increased by 16.7 percent to € 100 million, € 823 per person , due to a favorable exchange rate , Global Refund said.
Americans opened their wallets after reducing their spending by 25.2 percent in 2008. U.S. tourists spent € 61 million last year , a modest increase of 1.9 percent.
Brazilian fifth that spending rose 5.4 percent to 39 million euros .
Ukrainians are the biggest spenders on average € 1,481 per person , followed by tourists from Saudi Arabia , who spent € 1.435 each.
They also had a big appetite for watches and jewelery , with Ukrainians spend € 7.782 on average for these goods while Saudis spent € 4,978 .
Overall , spending on tax-free rose 4.3 percent in 2009 , compared to between six and seven per cent last year