After the fall of sales, automakers face another danger. In an opinion issued Monday, 8 October , the Competition Authority called on the government to legislate for the gradual liberalization ( over five years) the area of ​​repair and spare parts called " visible " on which they are quasi monopoly.
For several years, a showdown took place between Renault , PSA Peugeot Citroën and independent repairers around this market . Admittedly, hoods, fenders , bumpers , doors, windshield, lights and other mirrors are an estimated turnover of between 1.8 to 2.6 billion euros, and generate a lot of envy.

For the Competition Authority , the liberalization of the sector could " lead to consumers by an average decrease of about 6 % to 15 % of the price of visible parts ." Moreover, it "will allow manufacturers and suppliers to guard against the risk of unpreparedness to face the possibility of opening the market at European level ." Today, these parts are protected under the " law of designs and copyright ." Therefore , only the manufacturer can distribute these parts to different repairers. According to the Competition Authority , " builders hold this makes a real legal monopoly over 70 % of sales documents, are a duopoly with the equipment on the remaining 30% ." As for repair , they are " required to supply a significant proportion of their requirements from the manufacturer distributor network." The price of the latter. 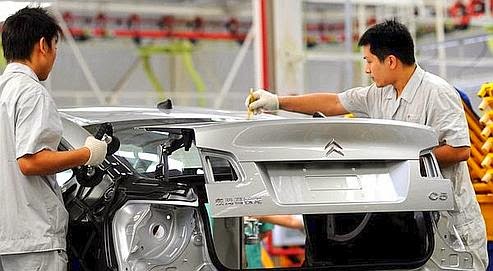 According to the Federation of automobile distribution, thanks to the monopoly , manufacturers have inflated the price of parts by 26% between 2005 and 2010. "While consumer prices have varied during the period of 7 63% , "said the federation .
The French manufacturers have always defended the monopoly on these coins. Sale, they say, can reward the innovation , to ensure quality and safety , and especially to ensure a supply of all these parts. New entrants would produce , abroad , the most profitable parts . Today, 6% to 7 % of the references visible parts generate 80% of sales in this sector.

Manufacturers argue that liberalization could affect their competitiveness : they evoke a loss of up to 230 million euros . And stressed that they could not absorb the after-sale investments devoted to the creation of new vehicle models. Which would result in significant job losses , particularly in France . In its opinion, the Competition Authority dismantles these arguments. Countries that have liberalized , such as Italy and Germany, have not experienced such consequences.
She also believes that " the argument on competitiveness advanced by French automakers is their lack of profitability on the sale of new vehicles and the fear of losing a current source of profit on the aftermarket in China" .

" The restoration of competitiveness , says the Authority fails to issues of regulatory protection , but rather to adapt their business model. " As for job cuts, it considers that " any losses should be very limited and could be offset by new jobs related to the manufacture of visible parts by OEMs, both for export and for the domestic market.