Chinese visitors are the fastest-growing­ segment of US tourism

Chinese visitors are the fastest-growing­ segment of US tourism

The shopping for designer purses, taking pictures at historical monuments, touring college campuses in ecord­ numbers every year and Massachusetts tour operators, hotels, places and attractions are out the red carpet for this lucrative chinese tourist group.
more information about the Chinese Market market

The number of arriving Chinese tourists increased by 30 percent in 2012 due to the government’s expedited visa process. The most visited cities are major American hubs including D.C., New York, and Los Angeles where Universal Studios provides Mandarin-speaking employees. 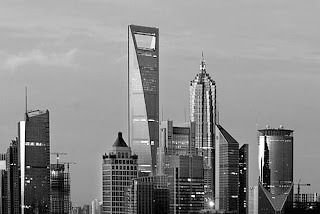 
Canada’s inbound tourism numbers were relatively flat in 2012 with fewer visitors coming from Europe and the US.


"Chinese tourist we want them"

"Chinese tourist we want them" said the head of international marketing for the Massachusetts Office of Travel and Tourism, which recently held a workshop at the State House for businesses that are interested in attracting­ Chinese tourists. China is now the third-biggest source of international tourists for Massachusetts, after the United Kingdom and Canada, with nearly 140,000 Chinese visiting the state in 2011.

Spending by Chinese visitors in Massachusetts has more than quadrupled to $285 million in 2011 from $60 million in 2007, according to the US Department of Commerce.

Five years ago, China was not even on the radar in the Massachusetts tourism industry.

The boom began after a 2007 US-China travel agreement allowed­ tour operators to sell group leisure­ trips from China to the United States for the first time. Wait times for US visas have also decreased dramatically in recent years, while the Chinese middle class has grown
They started taking more vacations. Nearly 1.5 million Chinese tourists arrived in the United States last year, a number that is expected to more than double by 2016. Chinese tourist are promicing market

Shopping is a big draw for Chinese visitors

they are attracted by the wide selection of consumer products and low prices.

She said she is overwhelmed by the growing number of Chinese tourist friends coming to the USA and asking to be picked up at the airport or taken shopping.

Many have never been to the US and choose to come to Boston on their first trip because they want their children to study here, she said.
New York has the Statue of Liberty, Arizona has the Grand Canyon ...

the number of Chinese travelers using its services doubled from 2011 to 2012. They now make up more than a third of its group travel business