The growth of the mobile internet in China is increasing the number of Chinese Internet users and their online spending. The e-commerce are growing so fast that China is expected to exceed this year the United States as the world's first online marketplace in total expenditures, according to a report by Bain & Company, quoted by Reuters.

The Chinese e-commerce has grown at an average annual rate of 71% from 2009 to 2012, against 13% in the United States, and its total size is under $ 539 billion (€ 407 billion) in 2015, according to the report. More than half a billion Internet users Overall, Chinese consumers spent online from 212.4 billion dollars in 2012 and 228.7 billion Americans. This growth will continue only if the Chinese Internet population continues to grow - and the standard of living. 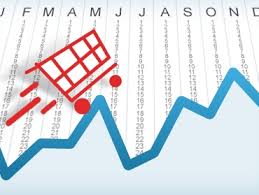 Currently, about 44% of the 1.3 billion Chinese people (or 591 million people) are online, and 70% of new users access the Net from their phones. According to the Chinese giant (and world number one) e-commerce company Alibaba Group, online sales represent 10 years half of retail sales, against 6% currently. However, according to eMarketer, not in 2013 that the United States will be supplanted by China.

The institute expects a turnover of e-commerce in the U.S. to 384.8 billion dollars this year, significantly higher than the 181.6 billion planned for China, thanks to an average annual spending heavily higher (in 2221 dollars in 2012).