How to attack Chinese Market?

How to attack Chinese Market?


The Chinese market gives at once a sense of fear (relocation) and covetousness (greed). Here is the analysis and the testimony of Bertrand Collomb, a leading figure in the industrial world who shared his thoughts on China and its growing us.
www.lafarge.com.cn 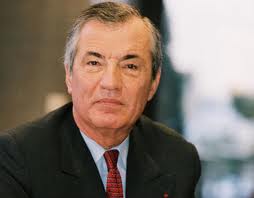 "China, unlike India, focused on buildings and infrastructure. Thus, the Chinese cement market represents 40% of the global market. "

With its enterprise established in different regions of China, Bertrand Collomb knows very well the economic characteristics of the country. "China is a great paradox that co-exist a thriving and underdevelopment.

The contrast is huge between coastal China and the interior, although today, these differences disappear with the development of cities in western China. " Bertrand Collomb, former president of Lafarge, world No.1 building materials answer the following questions: How to approach the Chinese market? What are our strengths, our strengths and weaknesses? The Chinese market is very chaotic but uninterrupted.


The Chinese model is very different from that of Japan since China is the kingdom of individualism. This feature gives it the edge over its competitors from the Far East. Its growth rate is very high (between 7 and 9% on average!),


But profitability for business is difficult and time consuming to obtain.


In this issue, Bertrand Collomb also shared with us his experience in contracting with China, tedious negotiations where nothing is ever as it. About Bertrand Collomb Career: In addition to his administrative duties, Bertrand Collomb provides loads of teaching and research. He joined Lafarge in 1975, and is less than fifteen years later, the CEO between 1989 and 2007.

At Lafarge, he continued the work of globalization of its predecessors, while maintaining the values ​​of "participatory management" that have always characterized the group. Bertrand Collomb is also a director of Total, Vivendi Universal, Unilever and ATCO (a Canadian company). He is a member of the Supervisory Board of Allianz.