In according to the data from the transportation bureau of Ministry of Public Security, Registered motor vehicles in China had been 264,000,000 and among which there were 154,000,000 autos. Licensed drivers of motor vehicles were over 300,000,000 and the data was over 246,000,000 for auto mobile. 9.82% of drivers had less than a year driving experience. The registered autos in China keeps increasing rapidly with society development and great requirement. There were 21,880,000 newly registered autos in 2014. As related data shows, the average annual increment of motor vehicles registration during past 5 years is more than 15,000,000, and 20,570,000 for licensed drivers. By the end of 2014, there had been 117,000,000 passenger cars registered in China and 90.16% are private, increasing by 19.89% on year-on-year basis. There have been average 25 private cars per 100 Chinese families and 63 for Beijing, 40 for Guangzhou and Chengdu. There are 35 cities which has a registered motor vehicles number over 1 million and the number of Beijing, Chengdu, Shenzhen, Tianjin, Shanghai, Suzhou, Chongqing, Guangzhou, Hangzhou and Zhengzhou is over 2 million. 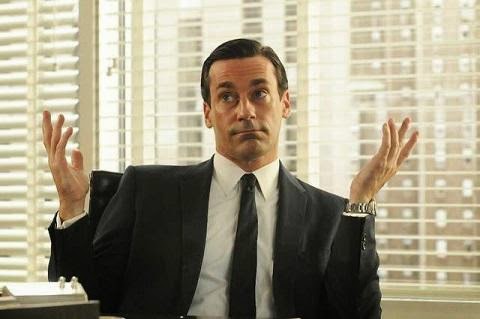 2. Chinese automobile after sales market predicted to exceed 760b RMB in 2015

According to official statistics, China’s automobile after sales service are expected to exceed 760 billion RMB ($123.53b) this year. The market’s annual volume is expected to exceed 1 trillion RMB ($162.54b) in five years and 4 trillion RMB ($650.15b) in a decade. This rapid development has attracted an increasing number of investors to the Chinese market. Last September, the Ministry of Transportation and nine other government agencies released a comprehensive report to enhance the quality and service of the Chinese after sales market. The report promotes unified global standards for the Chinese after sales service. The government hopes that these standards will help promote the healthy development of the Chinese market.

3. Audi sees its China sales growing up to 15% this year

Audi AG expects to increase its annual sales in China up to 15 percent this year, according to Chinese media. China's State Information Center, a government think tank, predicts luxury car sales will grow 16 percent in 2015, but Audi is more cautious about the market's growth prospects, reports China Economy.

4. Mercedes China sales up 15% in January

9. Geely deliveries rebound on strong demand for new sedans Sales at Geely Automobile Holdings staged an impressive rebound in January after declining in much of 2014, thanks to the strong volumes brought by two newly launched sedans. Geely's vehicle deliveries reached 58,884 last month, an increase of 76% from a year earlier. Nearly 60 percent of the sales were generated by two models the company launched in the second half of 2014. The sales volumes of New Emgrand and EC7 were the biggest, which were 24,588, increasing from 11,274 by 118.1% on year-on-year basis. SUV and multi-purpose cars tend to be hot. The total sales volume of GX7, SX7 and GX9 were 7,675 in January 2015, increasing from 2,760 by 178.1% on year-on-year basis.

12. Hundreds of thousands of migrant workers in Guangdong rides motorcycles for more than 1000Km heading back hometown. Chinese New Year is coming, hundreds of thousands of migrant workers have left their jobs in the southern province of Guangdong to return homes in middle and west parts of the country by motorcycles, carrying their family members and luggages. Most migrant workers in Guangdong maily come from the provinces of Sichuan, Hunan, Hubei, Yunnan and Guizhou. With trains, buses and planes filled ahead of the Chinese New Year, many rural migrants choose to make the long journery by motorcycles.