In Bordeaux, each month, a Chinese bought a castle !

In Bordeaux, each month, a Chinese bought a castle !

China will more than ever enliven the conversations in the halls of Vinexpo Fair, which brings together the world of wine Sunday 16 to Thursday 20 June in Bordeaux. The aggression of six young Chinese students in oenology in Bordeaux region, Saturday, clouded the opening of the Exhibition. An "unacceptable" attack and "xenophobic" ruled Stéphane Le Foll Sunday at the opening of the Exhibition.
The Agriculture Minister also sought to reassure the world of wine, while Beijing has opened an investigation into European wines exported to China.
Source Wine market 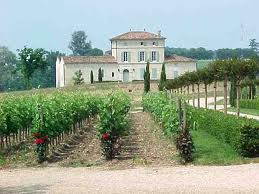 China is the largest export market for Bordeaux

"We have nothing to be ashamed of, he launched. Our wine is not the subject of specific funding for its exports in China." Today, China is the largest export market for Bordeaux. And the growing role of the country in the wine and spirits market illustrates Vinexpo.


"We expect between 1500 and 2000 Chinese importers and wholesalers, against 1,000 two years ago," said Robert Beynat, CEO of Vinexpo. Twenty Chinese exhibitors and a flag of Sichuan Province (Central West) are present at Vinexpo, against two in the previous edition. It is far from French, Italian and Spanish battalions, but the momentum is there. China is the fifth largest wine consumer in the world ....