Changement in the luxury apartments in Beijing

Changement in the luxury apartments in Beijing


Luxury apartments in the center of Beijing are divided into smaller subdivisions that owners try to attract fresh graduates who are struggling to make a living amid rising prices. 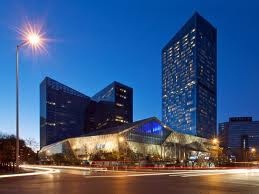 The apartments are decorated and equipped with several subdivided bunk beds. In a two-room flat measuring 864 m², 25 tenants shared space. Most were graduates earn income at the entry level, the Beijing Daily reported Monday. for example in chaoyang

The apartment is part of a community on the east coast of the booming city center, where the apartments are worth an average of 5 million yuan (HK $ 6.3 million) and are rented for about 8,000 yuan a month.

But with 13 bunk beds, each 800 yuan per month beds, the apartment now recovered the owner of more than 20,000 yuan each month. The tenants are mostly straightforward young men coming out of college. "Where do I live?

In the apartment, clothing, book bags and beds covered computers and cables and other debris were seen all over the floor,according to Beijingrelocation.
"Summer is the worst - the room is always stuffy and humid, the queue for the shower can take up to two hours, not to mention the room is filled with the smell all the time,"
adding that he had chosen to live there to be near his office.

Problems to the surrounding community

The flat packed also caused problems to the surrounding community. At full capacity, it poses a risk of fire, garbage rose, neighbors often complain and local public services are overwhelmed. However, such practices are widespread owners, the newspaper said, who also discovered a two-room apartment that had been divided into six or seven cages fully occupied with tenants.

In an effort to crack down against illegal subdivisions, Beijing police this year had issued a ban on unauthorized renovations. A police notification seen in the community also urged the current tenants out and stop paying rent, the newspaper said. An official also said that the police would enforce a mandatory release for all remaining apartments divided by the end of October, the newspaper added.